Any female, (even the human ones) would envy the female Vogelkop bower bird. The male of her species not only constructs a complex bower for her, but he also decorates it so beautifully, just to please her!.

The scientific name of the Vogelkop bower bird is Amblyornis inornata. They are also called as ‘Gardner Bower birds’. The birds that belong to this family are known for building ‘bowers’ or a dome shaped hut or tent.

The part ‘inornata’ of the species name indicates the absence of bright plumage in these birds. According to the scientists ( a hypothesis), these male birds do not need colourful plumage to attract the females, because of the complicated bower they construct.

These birds are small in size (25 cm. in length) and brownish in colour which is paler on the underside. Their legs are characteristically blue in colour. The females of the species are little smaller in size and their legs are lesser blue than the males.

The male not only builds the special dome shaped structure – bower, but he also decorates it very aesthetically with colourful, attractive flowers, fruits and other available materials. 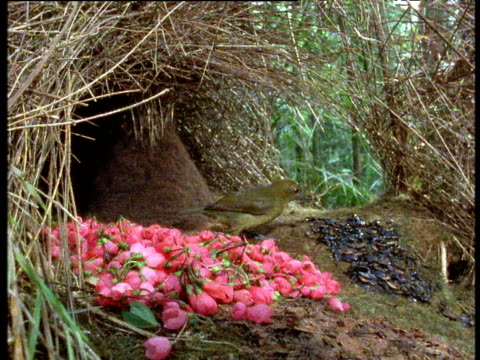 A bower is generally built around a stem of a small tree or a plant. It is generally a meter (100 cm) in height and around 160 cm in diameter. The entrance to the bower is usually supported with two column like sticks. The bird clears the space in front of the entrance or the lawn by removing all the debris. Then this lawn is covered with moss. Then the male bird very painstakingly collects all colourful objects like flowers, leaves, fruits etc. and arranges them in neat piles. He keeps experimenting and re-arranging the decorative objects in different positions to get the best effect. 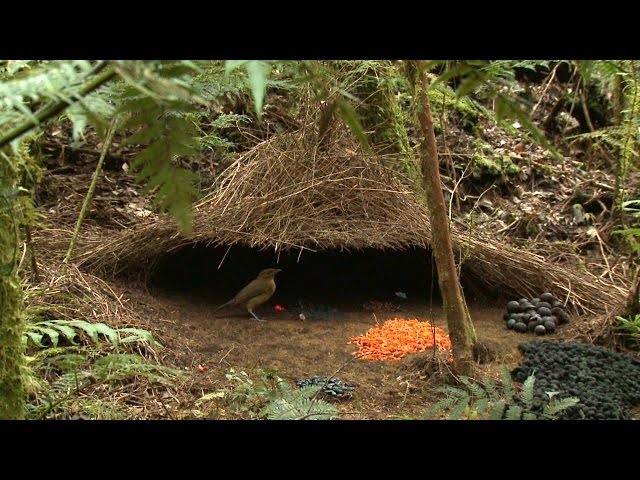 The male bower bird is always vigilant about the freshness of the objects on display and replaces any old material with a fresh one. They always try to make a better one than their neighbouring bower. But then there is always a risk of theft of these decorative objects by other bower birds in the neighbourhood. 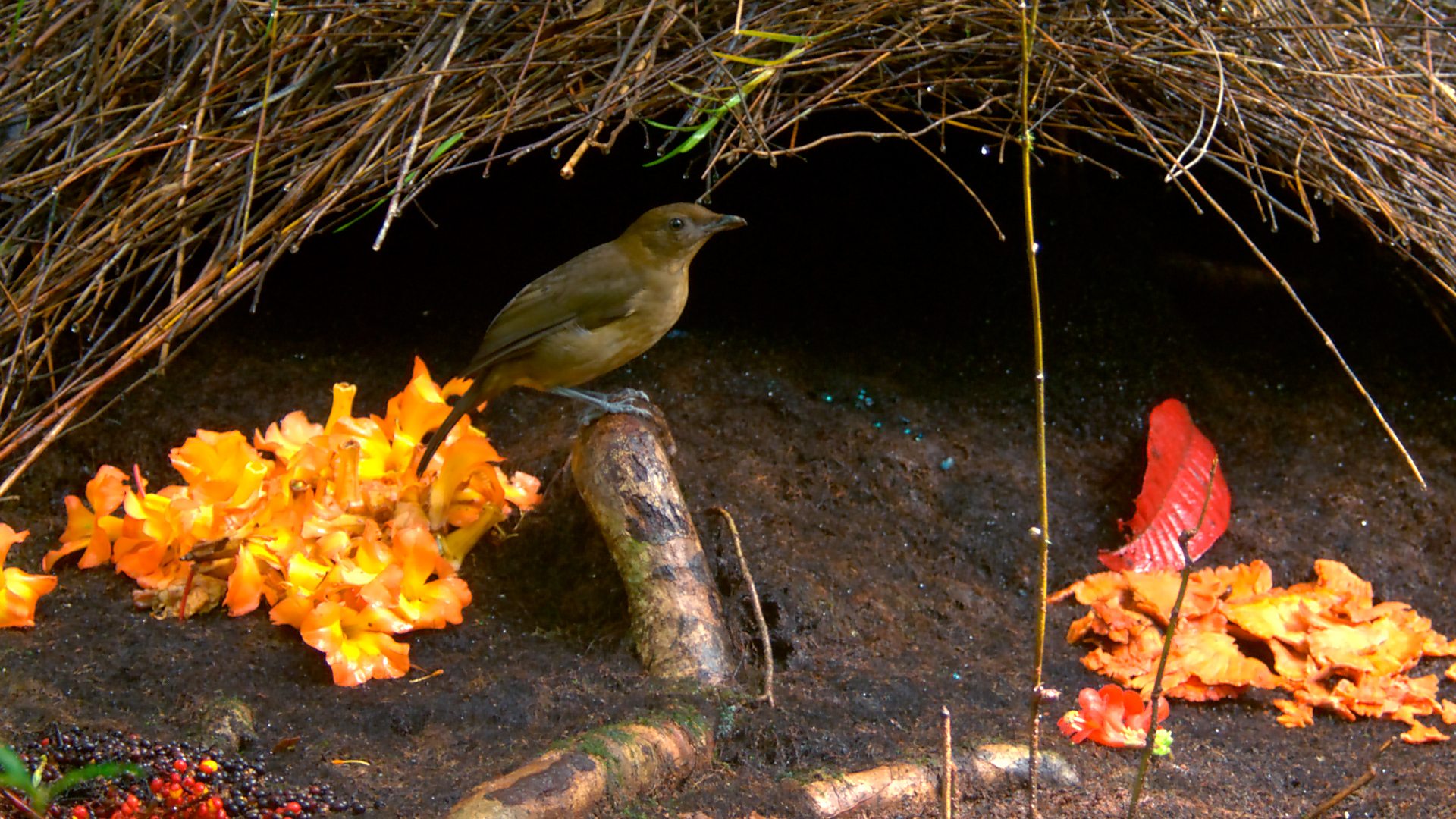 The female bower bird chooses the male with best decorated bower. When a female approaches to inspect a bower, the male is known to sing and mimic sounds to entice her. It is believed that the bower amplifies their sound.

Surprisingly, this painstakingly and elaborately constructed bower or the male has no part in nesting or raising the young ones. After mating, the female alone builds a nest and raises the young ones. This nest is only an assemblage of sticks with leaves lining its inside. These nests are around one to two meters above the ground.

[These birds are found more in the rain forests. It is native of New Guinea. Their diet is generally fruits and small insects.]