Is it possible to call the crabs as ‘creative’? But if we witness the craftsmanship of some species of crabs, we’ll have to admit that crabs (at least some of them) can be creative. 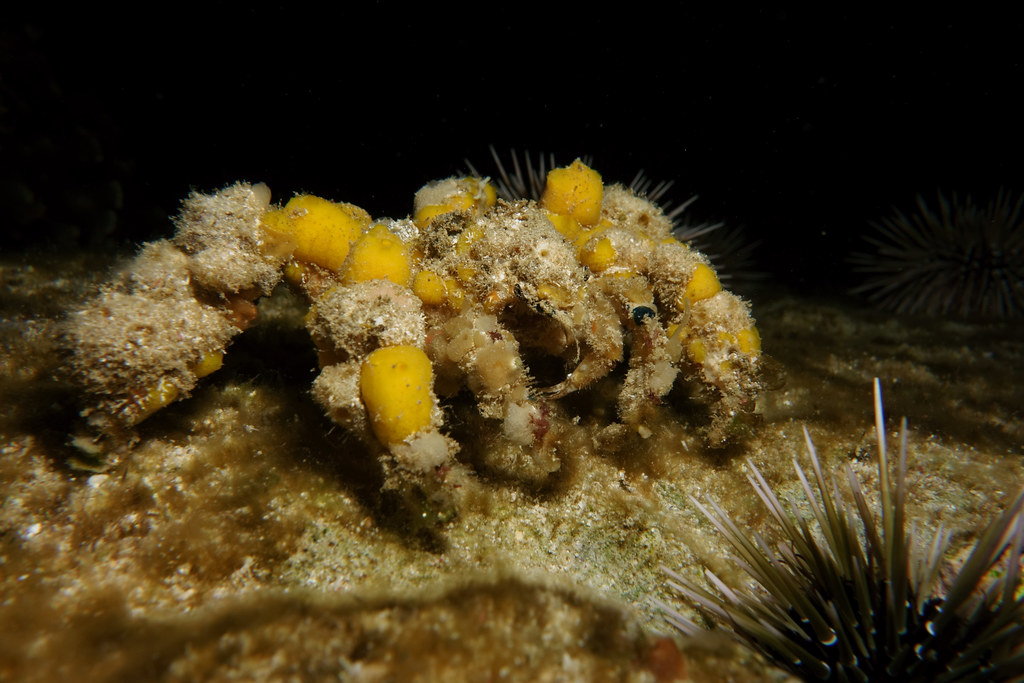 The decorator crabs use materials available in their surroundings to camouflage themselves. In its natural surroundings it might appear like a rock moving on the sea bed. They make use of sedentary plants or animals and stick these to their bodies to hide from predators. Some crabs  stick toxic organisms or stinging anemones to ward off predators.

The scientists studying this peculiar crab behaviour recorded that these crabs stick materials to their bodies with a human-like purposefulness and if the crab is cleaned of its ‘decorations’, it immediately starts clothing itself with same precision.

When some specimens of these great spider crabs (Hyas araneus) were taken away from their environment to some new surroundings, all of them re-decorated themselves with material available in their new environment.

Scientists have reported that some of these crabs (Genera Inachus and Stenorhynchus) tear pieces of seaweed with claws, chew it and rub it on its body. The seaweed gets caught in the hooked ‘setae’ or curved hairs on its back which act like velcro.

These are nocturnal creatures; they remain still during the day and because of their camouflage it is not possible to detect them amidst their surroundings. If they detect a predator approaching, these crabs freeze in their place.

Some of these decorator crab species are specific about the material they use — some species use only sponges, some use noxious alga while some species use stinging sea anemone. This relationship between the crab and the sea-organism is symbiotic, where the crab gets protection while the sea creature obtains food.

The crabs molt as they grow, shed the old exoskeleton and a new shell forms beneath it. At this time the crabs re-use their decorations (anemones, sponges) from the old shells and stick them on the new shell.

Sometimes the grown-up crabs do not decorate themselves, but the sea weeds or organisms settle on and get stuck to the hooks on the back of the crab and grow there.

So, aren’t these crabs unique?

17 thoughts on “Creative Crabs -I”