Human beings, especially those living in rural or tribal areas,  are known to use mud or clay to reinforce the walls of their humble homes. But when members of avian group are found building their homes with mud,  we are yet again compelled to marvel at the amazing things happening in nature.

In my view, these can be called as the potters of the bird group. Just like potters, they collect the mud from river banks and very painstakingly, bit by every tiny bit, build their nests. In these parts of the world, these birds are called as Ababeel birds, which otherwise are known as swallows – more commonly, barn swallows and cliff swallows.

These are small sized birds with glossy deep blue wings. Different species of swallows display various colourings. The chest or the underside is white or lighter in colour and it shows streaks or markings. They have long, pointed wings, forked tail and light, srreamlined body but the legs are not long. They are not adapted for being on the land.

Swallows belong to Family Hirundinidae, and their characteristic is aerial feeding. They catch insects in flight. They are tolerated by humans because they are insect eaters. (Artificial nesting sites are erected to maintain their population)

The nests of these swallows is an example of skillful craftsmanship.

Generally both male and female together build nest, but male may begin the work first, to attract a mate. The bird gathers mud in its bill from the stream banks, lake sides, puddles etc. They carry the mud in their bills to the nest site and mold the mud pellets, one by one, in place. This is a real skillful work.

Some species of swallows build a cup shaped nest while some species build a closed nest, gourd or retort shaped. There could be an entrance of an elongated tube like structure. A nest may contain 900 to 1,200 pellets of mud. So, this truly is a laborious work for such tiny birds. The nest is built with the support of a vertical wall with a horizontal overhanging structure or rock over it.

Sometimes the birds build their solitary nests, but mostly these nests are found in colonies. In the eastern parts of the world, these colonies are small, but towards west huge colonies, some containing more than 500 nests are seen. The largest colony reported had 3,700 nests. And the amazing thing is, the birds can identify their own nests without fail. 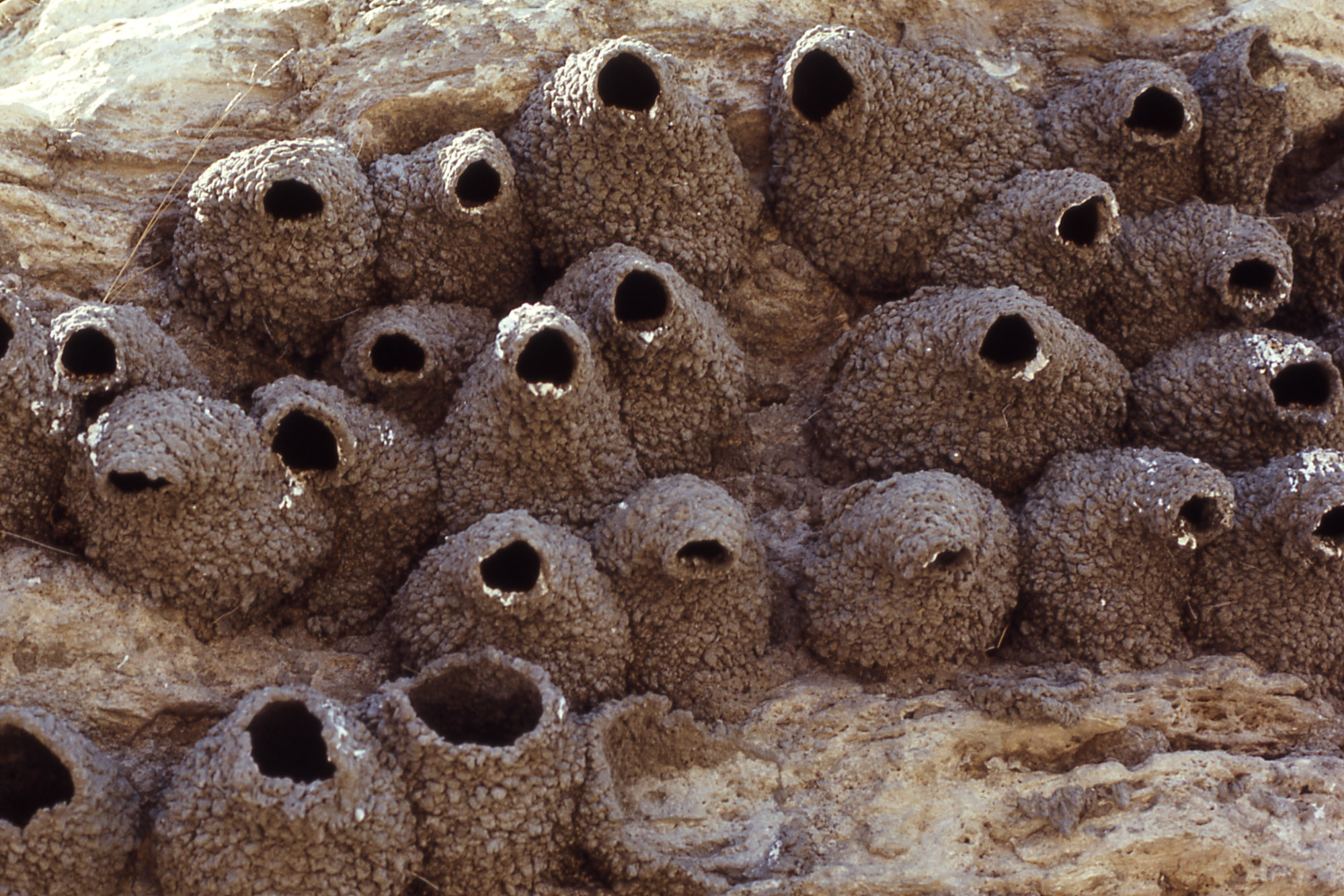 The interior of the nest is lined with grass, feathers etc. Most of the swallows return to the same colony, with 44% of the pairs re-occupying their same nest.

So, aren’t these hard-working, skilled birds, who create a work of art for their homes?