It is an extraordinary example of design and construction in nature, but the architect of this creation remains a mystery till date.

Small stone-henge like structures woven out of silk were found in the regions of Amazon. These structures are built very intricately with a stone-henge like fence around it. However, the creature that constructs this delicate silk structure has not been seen till date and remains a mystery.

First such silk structure was found in 2013 in the Tambopata National Reserve in Southeast Peru. It was a small silk ball, surrounding by tiny picket fence posts. The posts, too, were connected with silk and the diameter of the entire structure was 2 cm. 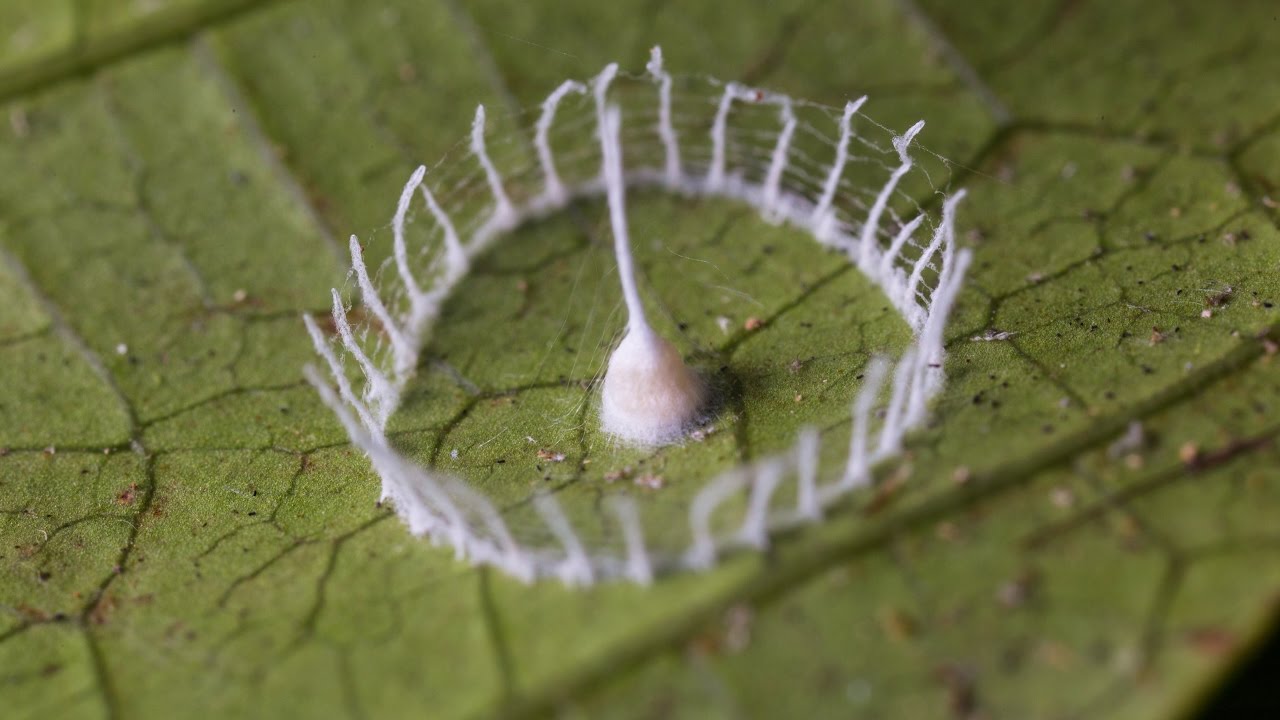 Later, during the same year, fifty more such structures were discovered, but in each case the spider or the arachnid who built it was never seen around it. In some areas even clusters of these were found, and possibly they were built by a same female specimen.

The scientists observed and studied this further and found a translucent, orange spiderling hatching out of the central egg-sac.

The extraordinary video of this hatching and the comments of the scientists can be found: Here

This elaborate structure is built for a single egg. The scientists speculated that the silk fence around the egg sac could be either to protect the egg sac or to lure mites/ants and catch these insects fro the the hatchlings to eat. Such structures were also found in French Guinea and Ecuador.

Generally the spiders do not lay eggs and abandon them, they always place the silken egg sacs in their webs. This is an only instance of a spider laying only one egg per sac. According to the scientists, the Cribellate spiders are known to build elaborate structures, however, there were also doubts about fungus or caterpillars being the creators of such structures. The scientists also studied the DNA, but it doesn’t match with any in the database. So it is assumed that it is some new,  hitherto unknown species.