All living creatures suffer from ill-health at one point or the other. The small and big fishes of the deep ocean are often affected with parasitic infections. At such times, a tiny fish helps them in keeping these infections in check. This is a type of cleaner fish called Wrasse.

The wrasse is a compulsive cleaner and it cleans up everything in its surroundings. These fish set up their cleaning stations near coral reefs. 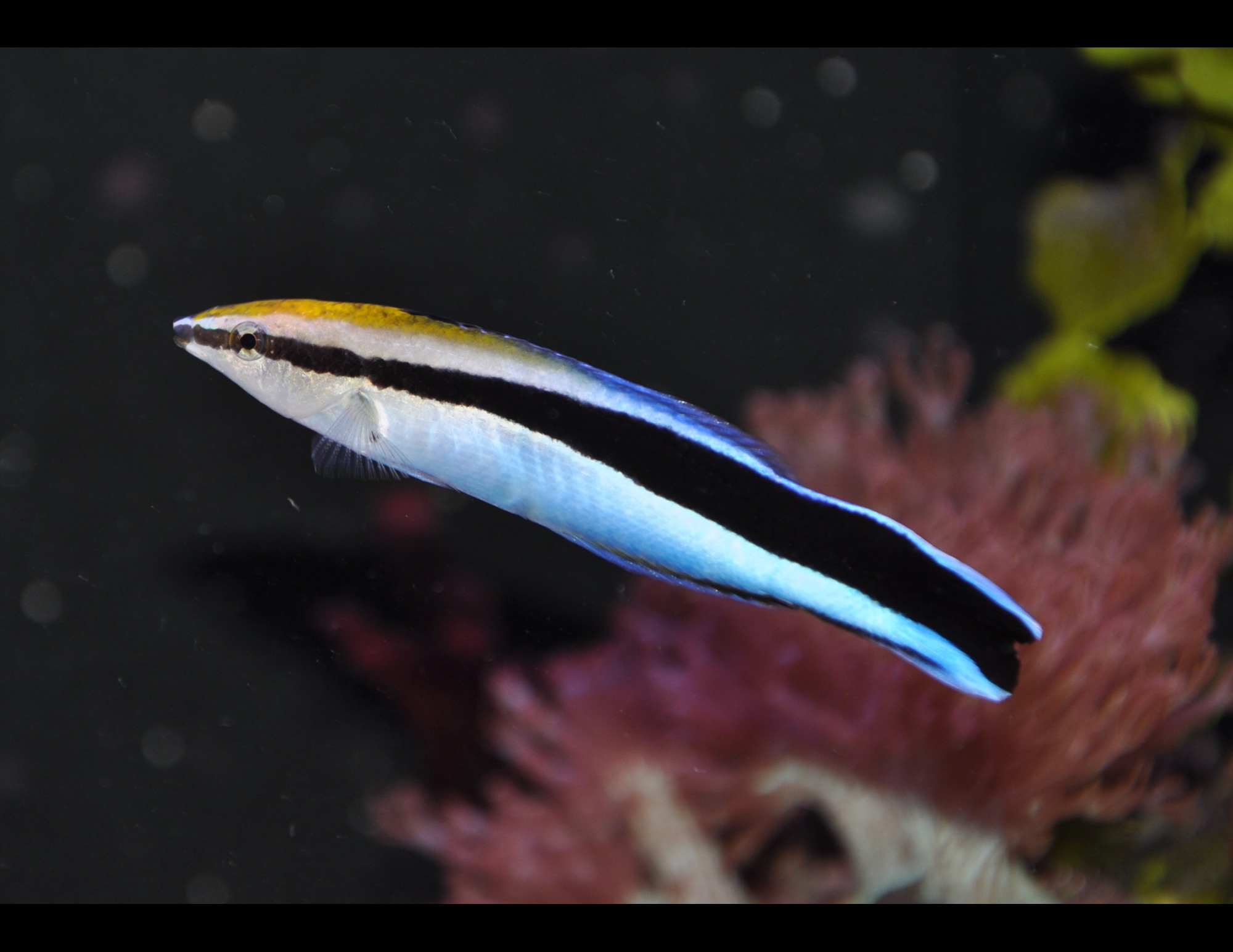 This is one of the many symbiotic relationships found in the nature. Here the Wrasse gets protein rich food and also gains immunity from the big predator fish. And the clients or customers of the Wrasse get rid of their parasites, and infected and/or damaged tissues.

The scientific name of the one of the main cleaner wrasse species is Labroides dimidiatus. These are found on the coral reefs of the Eastern Africa, French Polynesia and also in the Indo-Pacific reefs. They are about 10 cm. in length. The cleaner wrasse are easily distinguished by their shiny blue and yellow band than spans the length of their body. 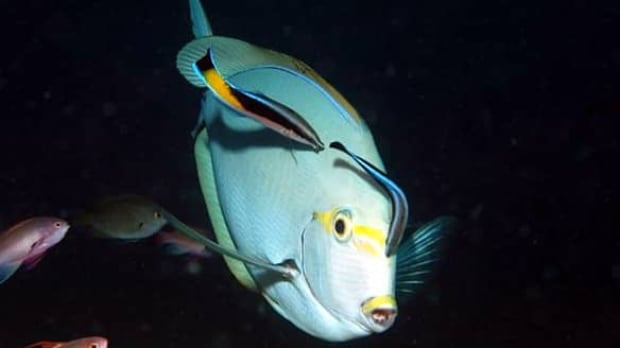 On their own, the large sized fish come to the cleaning stations of these wrasse. The tiny wrasse attract their customers by a dance-like movement. The large fish or the customers indicate their wish to be cleaned by keeping stationary and by spreading their fins, gills and opening their mouths. 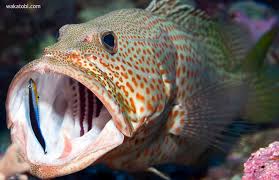 The cleaner wrasse has thick lips and sharp teeth. It picks up the parasitic organisms (mostly small crustaceans) living on or within the body of the host. Wrasse even enters the mouth and cleans between the teeth of the host. But the larger fish doesn’t harm its cleaner.

Even fishes like the moray eel and poisonous scorpion fish hold their fins erect and gills open for these tiny fish to examine and clean. The cleaning stations of wrasse are such places where various species of large fish queue up or wait without getting aggressive at each other.

Scientists have reported some interesting findings. The scientists conducted some experiments where they removed these cleaners from the reef. As a result, the bigger fish stopped coming over and the permanent residents of that reef area developed parasitic infections, sores and swellings. This proves that the cleaner doctor’s help is essential for the well-being of the marine residents.

35 thoughts on “Doctor Of The Deep Ocean”