They look so bright and colourful, but they are dangerous — these are Poison Dart Frogs.

The scientific name of these amphibians is Dendrobatidae. Generally these are small in size, from 1.5 cm to maximum 6 cm. Their life span is 3 to 15 years. The habitat of the poison dart frogs is the tropical rain forests of central and south America. These frogs live in trees and leaves, under logs and rocks, but always near water bodies (like other amphibians.) 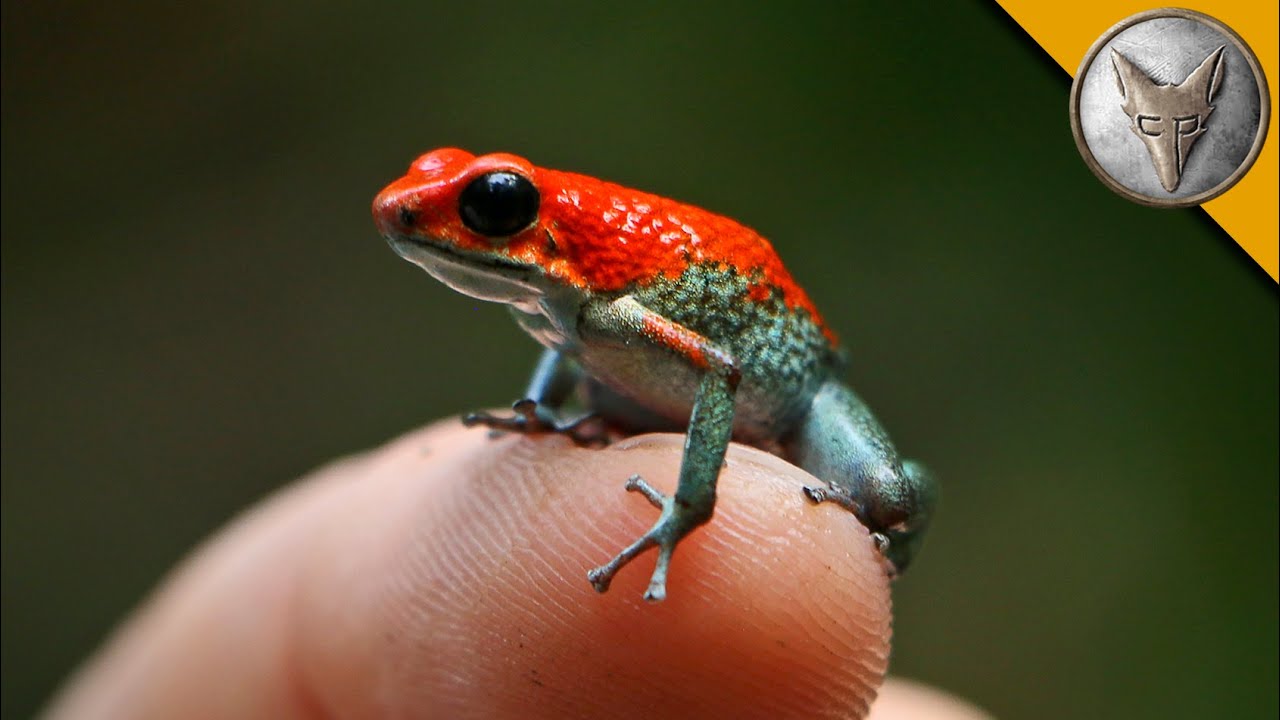 The bright colouring of these creatures ranges from gold, yellow, red, green, blue, copper, black etc. Their brilliant neon colours are a warning for the predators. (This is called as aposematic colouration). The frogs with cryptic colouration possess minimal to no toxicity.

These creatures are considered as some of the most toxic animals on the earth. The golden poison dart frog contains enough poison to kill ten men or around ten thousand mice. For centuries, the original inhabitants of Colombia used the potent poison of these amphibians to tip their hunting arrows or darts; that’s how the Dendrobatids acquired their commonly used name ‘Poison Dart Frogs’.

It is a hypothesis of the scientists that these frogs derive this poison from their preys like ants, termites, millipedes, beetles etc. An experiment was carried out wherein these frogs were raised in captivity and they were deprived of the preys of their natural habitat. It was observed that these frogs did not develop any poison.

The poison is in alkaloid form and is stored in glands beneath their skin. There are two-three different types of alkaloids, namely Batrachotoxin, Epibatidine and Phantasmidine. These poisons are found on their skin, so the frogs are toxic to touch. (Many species are toxic but not deadly). These alkaloids (poisons) can cause swelling, nausea and muscular paralysis. Even little amount can cause brain and muscle damage, leading to respiratory paralysis, seizures and death.

The female frogs lay their eggs in trees and leaves and when the eggs are hatched, the mother gives piggy-back rides to the tadpoles and take them near water. The females lay more (unfertilized) eggs to feed the tadpoles, their poison is passed through these eggs to the tadpoles. Thus even the young ones of the poison dart frogs have protection against the predators.

Scientists are presently working on the poisonous alkaloids secreted by these frogs. Although these are lethal, they also can numb pain; so these are being used for developing effective pain-killers.

These frogs face danger of extinction because they are fast loosing their habitat to human encroachment and also, these neon coloured animals are captured for trade.